AVAX price has been on an uptrend since the bottoming formation in mid-June. The rally has been convincing so far and produced massive gains for directionally-positioned traders. However, the altcoin has reached an inflection point that could threaten this uptrend.

AVAX price needs to be decisive

Interestingly, the swing high at $30.98 could be a local top as it has produced a close below the midpoint of the aforementioned range at $30.20. Hence, investors need to be careful before hopping on a directional bias.

A rejection at $30.20 could result in a 12% retracement to the immediate support level at $26.34. Although unlikely, a breakdown of this barrier could result in a further descent to the range low at $22.43 or the fair value gap, aka the price inefficiency at $21.29.

For now, any of the outcomes described above could happen. However, judging by the daily candlestick close of Bitcoin on August 11, the trend could be skewed in favor of bears. 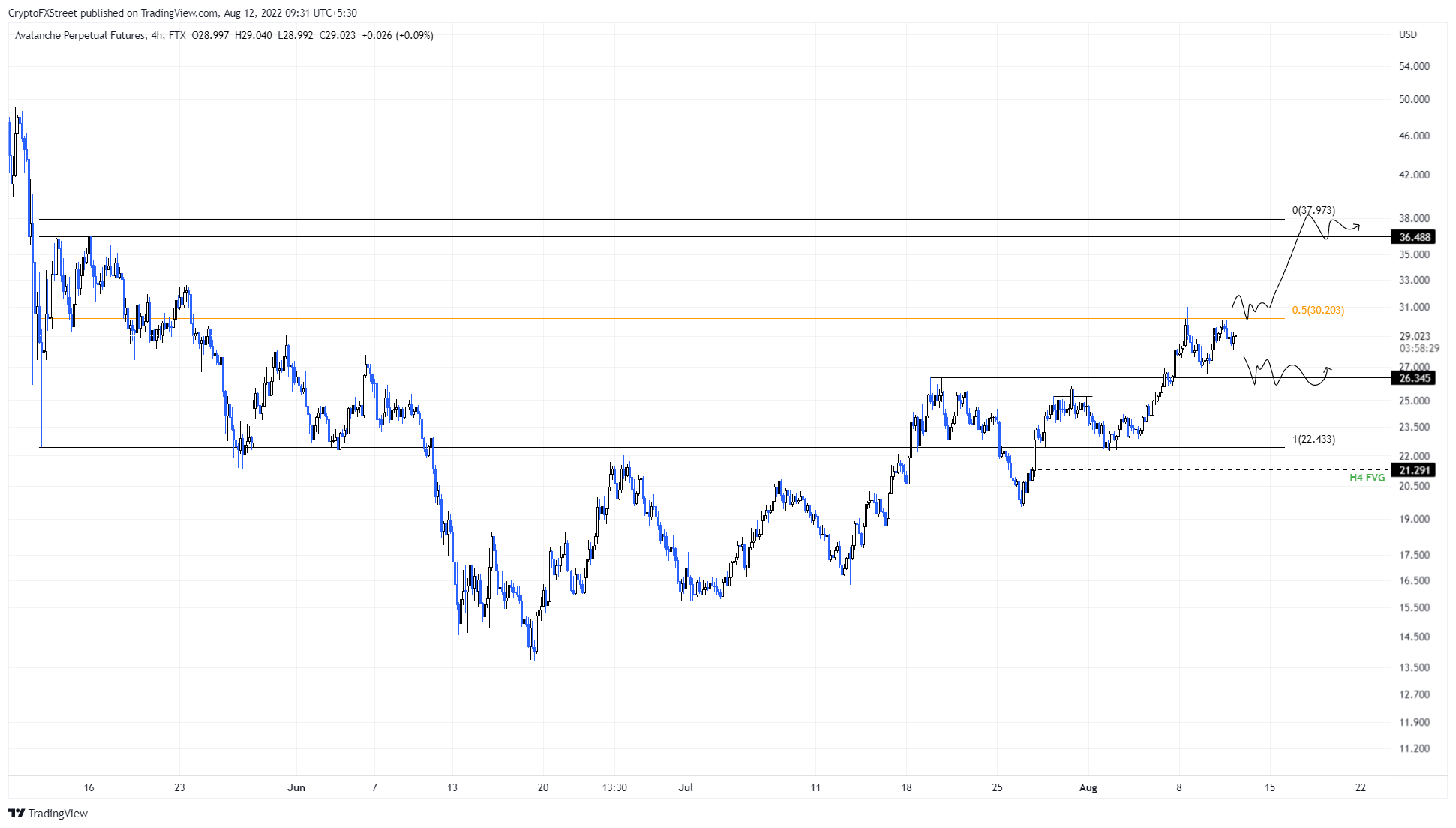 As mentioned above, a flip of the $30.20 resistance level could result in a quick 20% to 25% upswing. However, a move beyond $37.97 is unlikely, at least not without the support of the big crypto.