AVAX price shows an affinity to correct and shed weight after undergoing a massive expansive move in the last two weeks. This bullish development will be met with profit-taking that will likely drive the value of Avalanche lower.

But, the  downswing will allow buyers to get in at a discounted price and ride the next leg of the uptrend.

AVAX price inflated by 32% as it triggered a rally between July 27 and July 30. This move pushed the altcoin to produce a swing high at $25.83 from a swing low of $19.54. Due to this explosive and flashy move coupled with the bearish macro structure, market participants are booking profits, which is likely why Avalanche’s market value has dropped roughly 10% in the last five days.

While the short-term retracement might seem bearish for scalpers and day traders, it will be a good opportunity for sidelined investors. Going forward, AVAX price should retest the 62% or 70.5% retracement level at $21.93 and $21.40, respectively.

Such a pullback will be the best place to add more to one’s holdings, especially if the overall “recovery narrative” of the market remains intact. In such a case, this bullish retracement should result in the start of a next leg up that will likely push AVAX price to $25.83, which is the first hurdle. 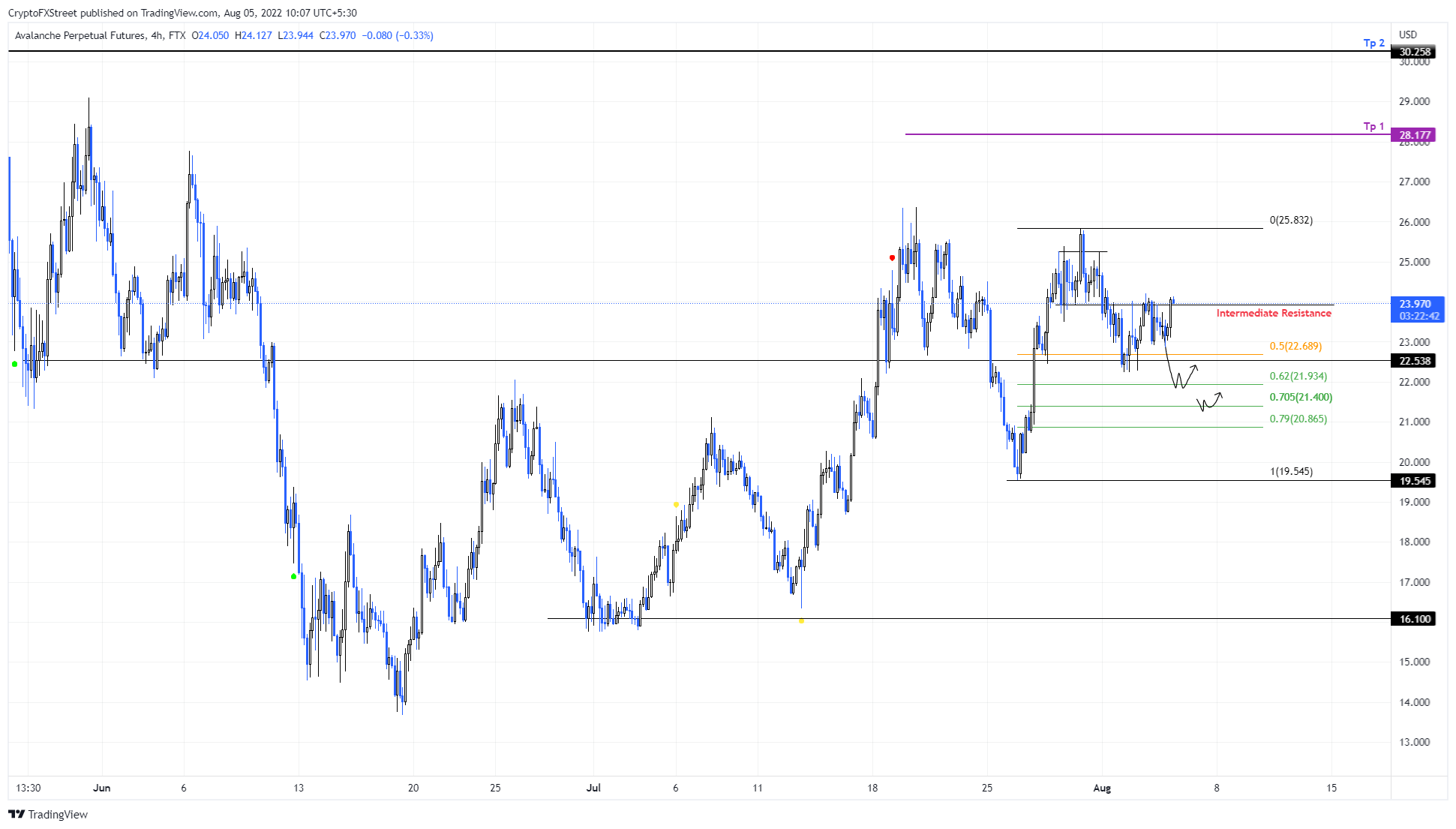 Although the overall outlook of this thesis is optimistic, investors should be prepared for a continuation of the retracement well past the 70.5% retracement level. A tell-tale sign of a bear infestation is if AVAX price fails to recover above the 79% retracement level at $20.86.

If AVAX price produces a daily candlestick close below the range low at $19.54, it will invalidate the bullish thesis by producing a lower low and breaching the one-month uptrend.