Bitcoin price has shown a resurgence of bulls that have pushed it higher over the last 48 hours. However, this move could halt and reverse if certain resistance levels are not breached. Therefore, investors need to pay close attention to how the price action develops in the next few hours.

Furthermore, the triple tap, aka top reversal pattern, has also formed, adding credence to a downside move in the near future.

Moreover, there are inefficiencies and liquidity to the downside that have to be collected. All of these considerations suggest that a downswing seems plausible, at least until invalidated.

Investors can expect Bitcoin price to sweep the $24,655 level again, triggering a sell signal. The resulting downswing could knock BTC down to the four-hour fair value gap, aka price inefficiency, at $21,430.

This is just the first move from bears as Bitcoin price could slide lower to collect the sell-side liquidity resting below the equal lows formed at roughly $20,750.

These levels are likely the target of market makers and whales and BTC is likely to form a base here. However, in an extremely bearish case, Bitcoin price could sweep the range low $17,579 and trigger a crash to $13,000, where a macro bottom could form. 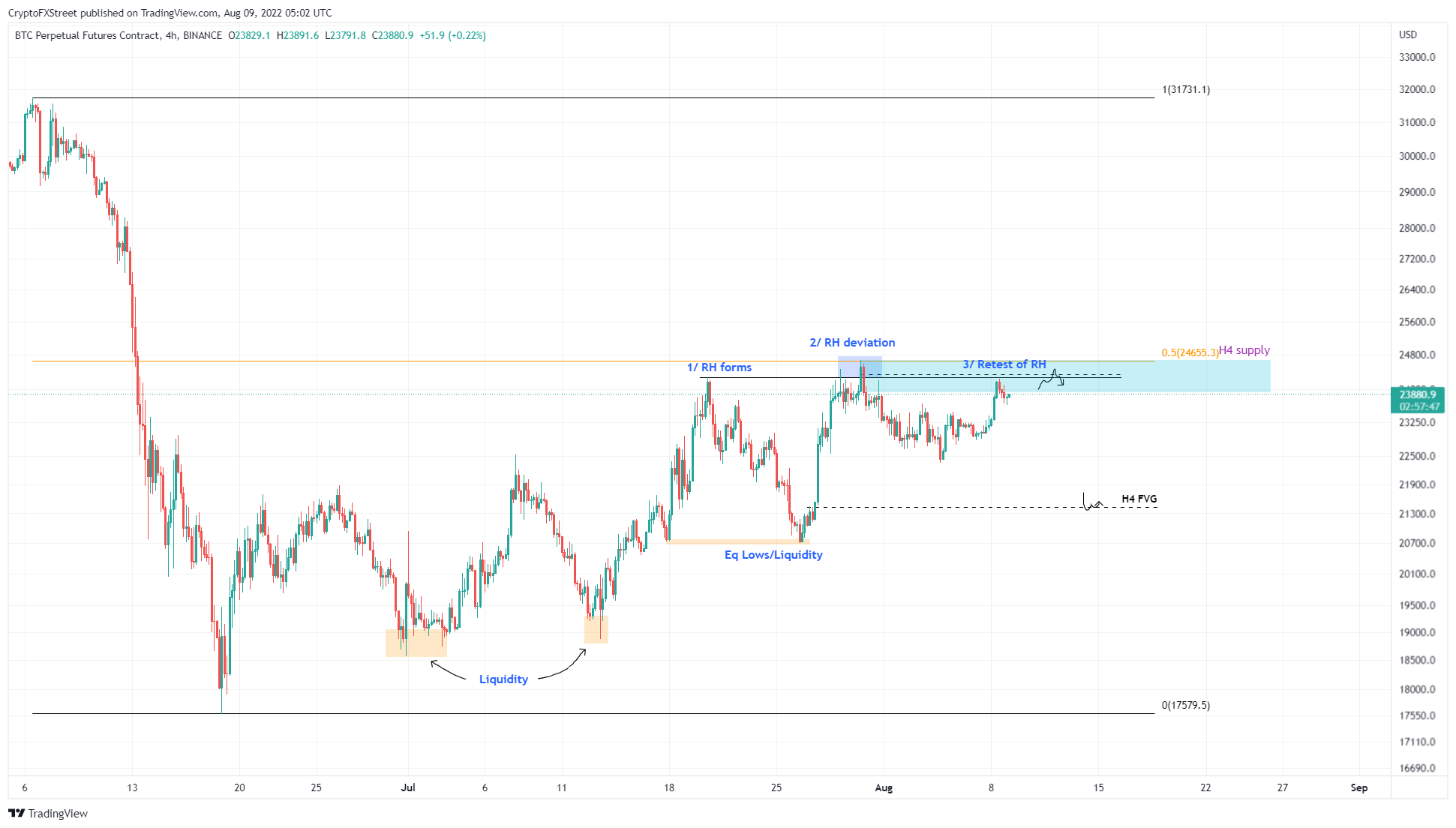 While things are looking up for Bitcoin price, a daily candlestick close that flips the $24,655 level into a support floor will invalidate the bearish thesis. In such a case, BTC could trigger a run-up that could retest the $28,000 to $29,000 level.