Cardano price has been repeating this liquidity fractal pattern since June 18 and triggered one just a few hours ago. The fractal is simple and aims to collect the sell-stop liquidity before an explosive move to the upside.

As seen in the chart below, roughly $2.5 million worth of long positions were liquidated as ADA sliced below September 2 lows.

Cardano price reversed shortly after creating the seventh liquidity run, which pushed ADA up by roughly 7%. This reversal knocked the altcoin below the September 2 swing low at $0.448, collecting the sell-stop liquidity and punishing greedy bulls.

The eighth liquidity run is yet to recover above $0.448 and produce a decisive close above it to confirm the start of a recovery rally. If successful, investors can easily expect ADA to retest the immediate hurdle at $0.472. Depending on the buyers’ strength, the altcoin could attempt a retest of $0.505 if the $0.472 hurdle is flipped into a support floor.

In total, this move would constitute a 12% ascent and is likely where the upside will be capped for Cardano price.

From a market makers’ perspective, ADA could extend to $0.530 to fill the imbalance or Fair Value Gp (FVG), bringing the total gain to 17%. 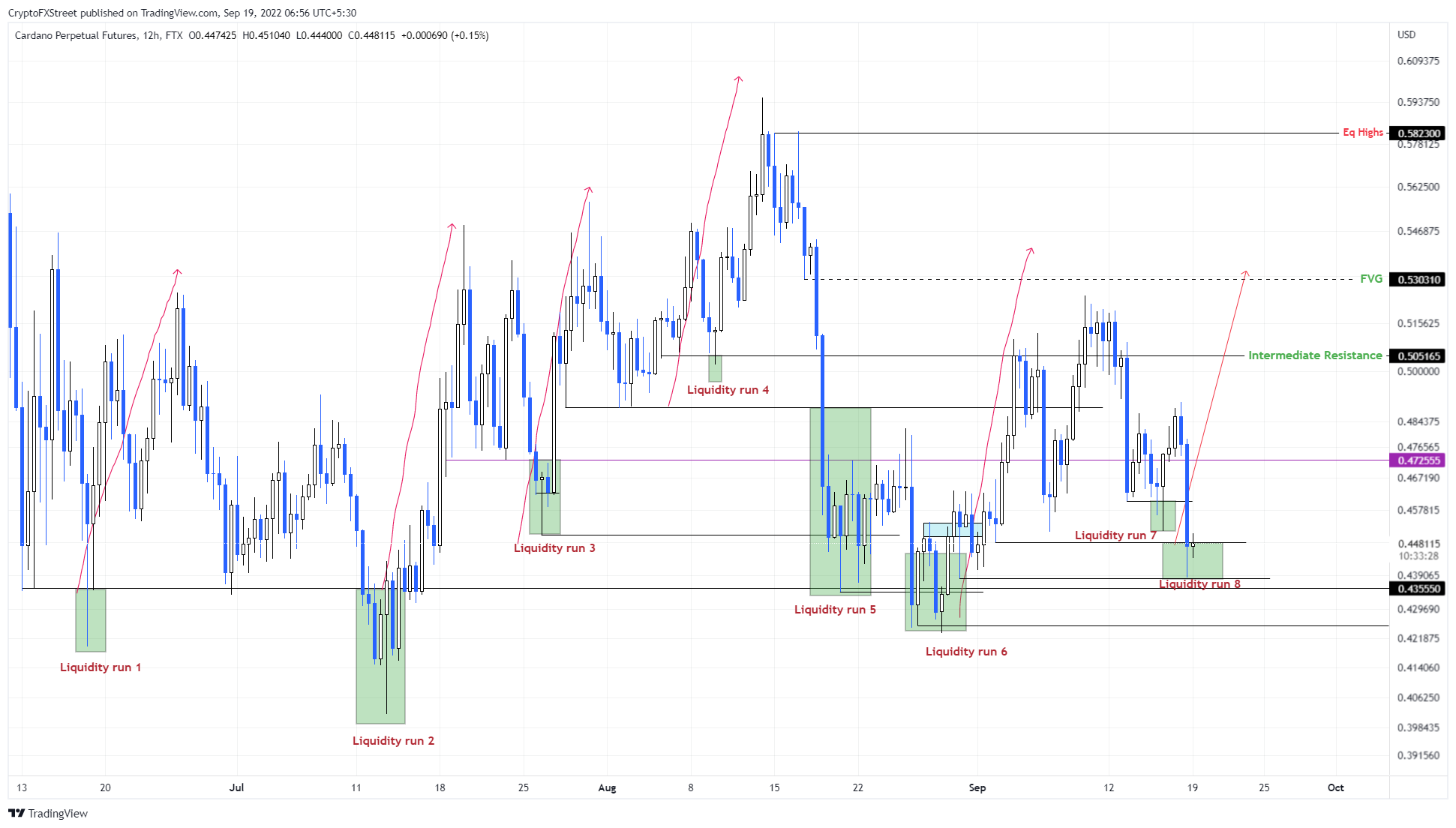 While things are looking up for Cardano price, a failure to recover above $0.448 will be the first sign of weakness in the market. If ADA produces a lower low below the $0.435 level, it will invalidate the bullish thesis for ADA and potentially trigger a sell-off to July 13 swing low at $0.400.

The video attached below talks about Bitcoin price and its potential outlook, which could influence Cardano price.