Dogecoin price saw a massive surge in bullish momentum last week, leading to a quick explosion. This move pushed DOGE to retest a crucial hurdle, but it failed to break higher and the resistance level still stands even after two attempts.

Dogecoin price breached the $0.082 support level in early June 2022 as it crashed 38%. This downswing formed a base around $0.049 and started to recover slowly before slipping into a consolidation below the $0.072 blockade and the $0.062 support level.

On August 14, Dogecoin price saw an upthrust that resulted in a 12% gain with a sweep of the $0.082 resistance barrier. While DOGE is attempting to push through, investors need to note that a breakout could result in a 6% move to retest the declining trend line.

In some cases, this move could temporarily pierce through the declining resistance level to retest the $0.093 hurdle, resulting in a 15% upswing, but a daily or even a weekly candlestick close below the $0.093 could indicate a shit in narrative supporting bulls.

So, market participants can be optimistic and expect the Dogecoin price to rally. But this outcome is less likely to unfold due to a bearish outlook for Bitcoin price. 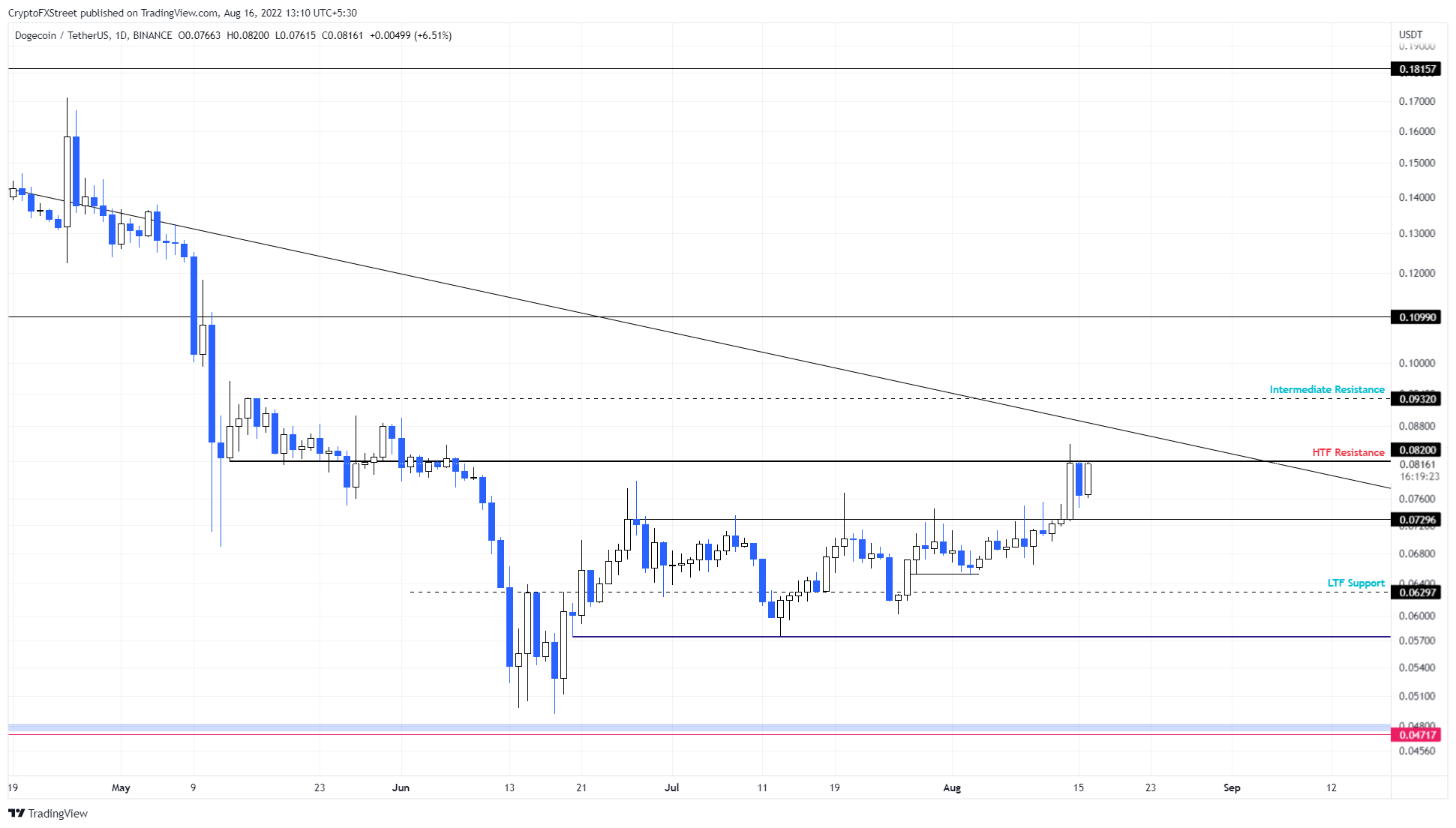 A more favorable outcome for buyers would be to accumulate Dogecoin price at a discount. This scenario could unfold as a result of the rejection at $0.082, followed by a retracement to $0.072. A breakdown of the aforementioned support floor will invalidate the bullish thesis, resulting in a potential retest of the $0.062 support level.

Swing traders can start exploring a bullish entry after a sweep of the equal lows formed at $0.057.