The anticipation for Ethereum’s Merge, unfortunately, did not pay off as ETH not only declined in price but has also maintained sideways movement since then. Consequently, investors that have been waiting on an opportunity to cash their profits are now joining the ones who have been acting on their apprehensions since May this year.

Over the last three months, the overall stance of Ethereum investors has relayed mixed signals in the market. But since the broader market trend has been bearish for the entirety of Q2 and Q3, ETH holders have exhibited similar behavior.

After maintaining bullishness since November 2021, ETH holders switched to saving their investments as much as possible. This resulted in the Liveliness of the asset rising gradually.

Accumulation was the focus of the hour for the period between November 2021 and May 2022, however, right after the May crash, liquidation became the dominant sentiment. 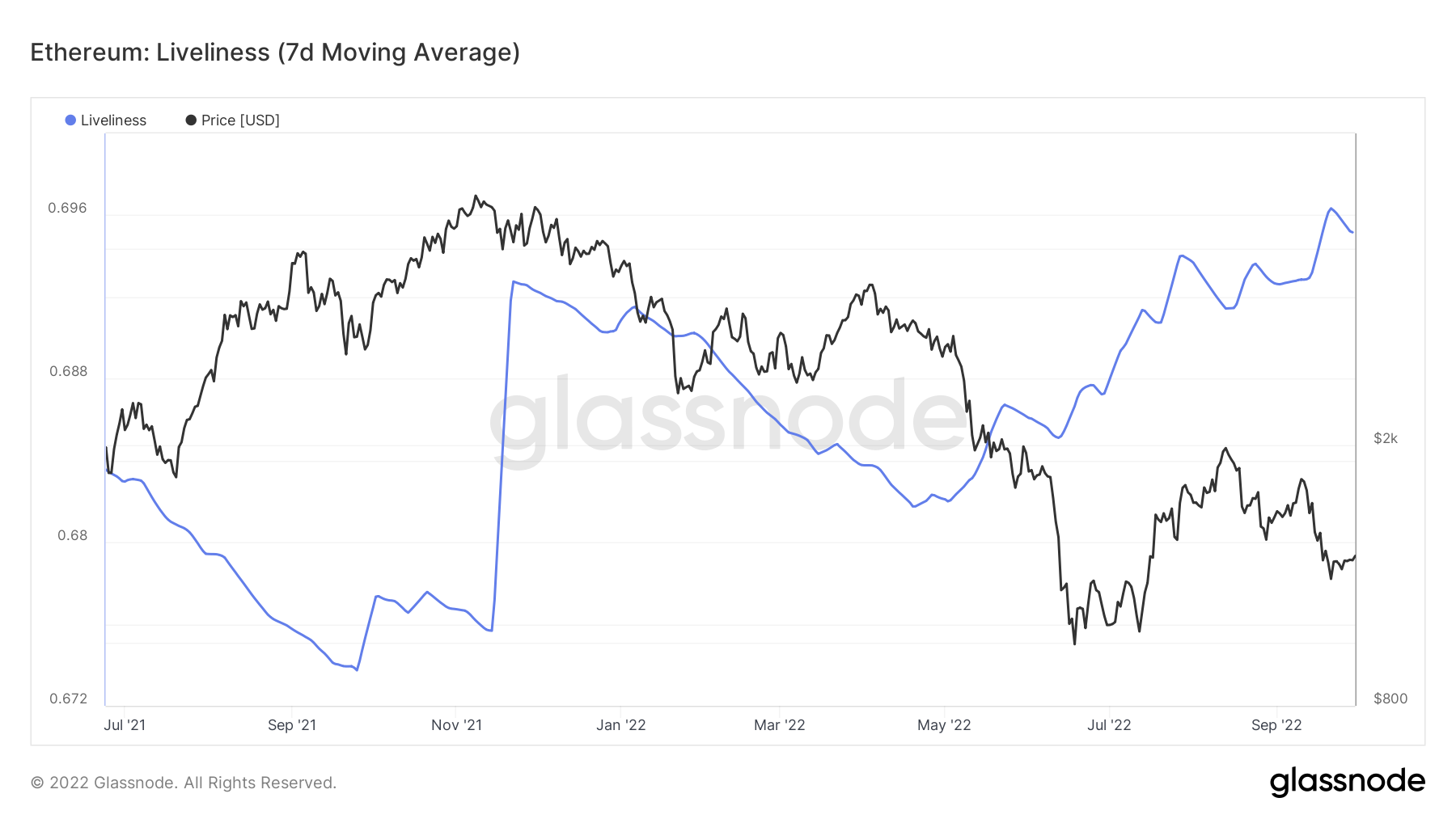 While this liquidation did turn into accumulation for short intervals again, on the macro timeframe, the sentiment remained unchanged.

Moreover, this is expected to be carried on over the next couple of weeks as well since ETH profits are currently at a 3-month low.

The total percent of supply in profit sits at a meager 46%, but the issue lies not in the lack of profits but in the stagnant price movement. Since a price rise is difficult to occur in current market conditions, a price drop would lead to ETH establishing a market bottom (green zone). 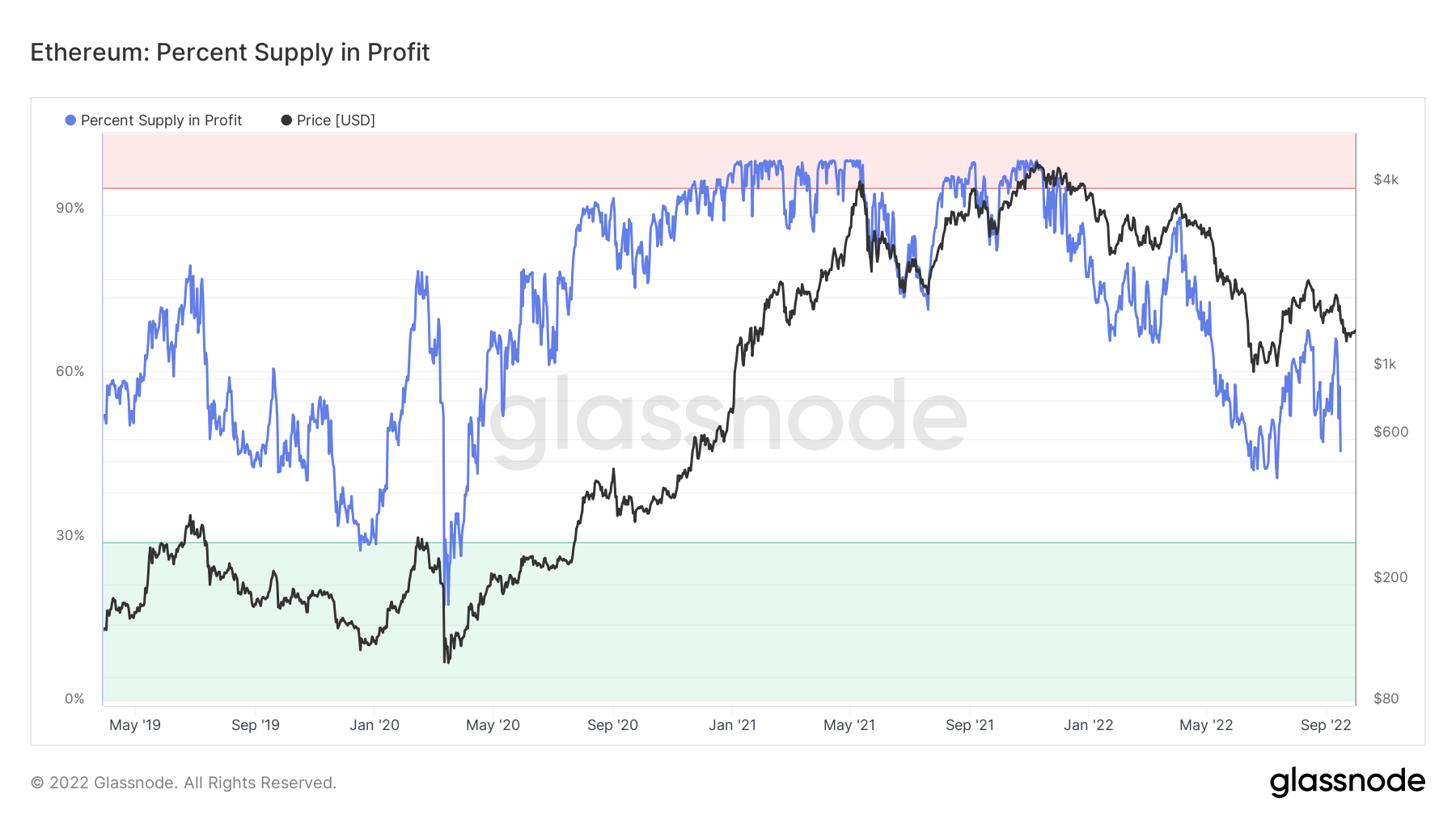 This area has been historically the first sign of trend reversal, and ETH could see a price rise after that.

However, that won’t happen any time soon either since ETH is currently consolidated.

Either bearish or bullish, any signal could get ETH moving, which is necessary at the moment since the altcoin king has been oscillating at the same price for almost two weeks now.

Fluctuating between the resistance and support levels established at $1,420 and $1,240, ETH is nearing a 10-month-old downtrend wedge. Breaching through it and testing it as support would push ETH closer to the short-term resistance level.

Furthermore, if the bullish sentiment sustains, it can carry ETH through the resistance level and flip it into support, which is the current target for Ethereum.