Polkadot price prepares for a 10% haircut as top formation matures

Polkadot price shows signs of potential reversal as it starts to retrace after the recent rally. This development could allow bears to make some moves, especially if they are able to undo a portion of the recent gains.

Polkadot price ready to lay off the heat

Polkadot price formed a base around $7 and triggered a 10% uptrend. This move caused DOT to slice through the $7.67 hurdle and is attempting to flip it into a support level. On its way up, the altcoin set up another foothold at $7.43.

While this rally was impressive, it seems to be tapering off, which has led Polkadot price to form a rising wedge formation. Therefore, a breakdown of the $7.67 barrier will not only trigger a bearish breakout of the aforementioned pattern, but also kick-start a reversal.

In such a case, buyers have another chance to take control of Polkadot price at $7.43. Failure to stop the bleeding here could lead DOT to a revisit to the range low at $6.85. 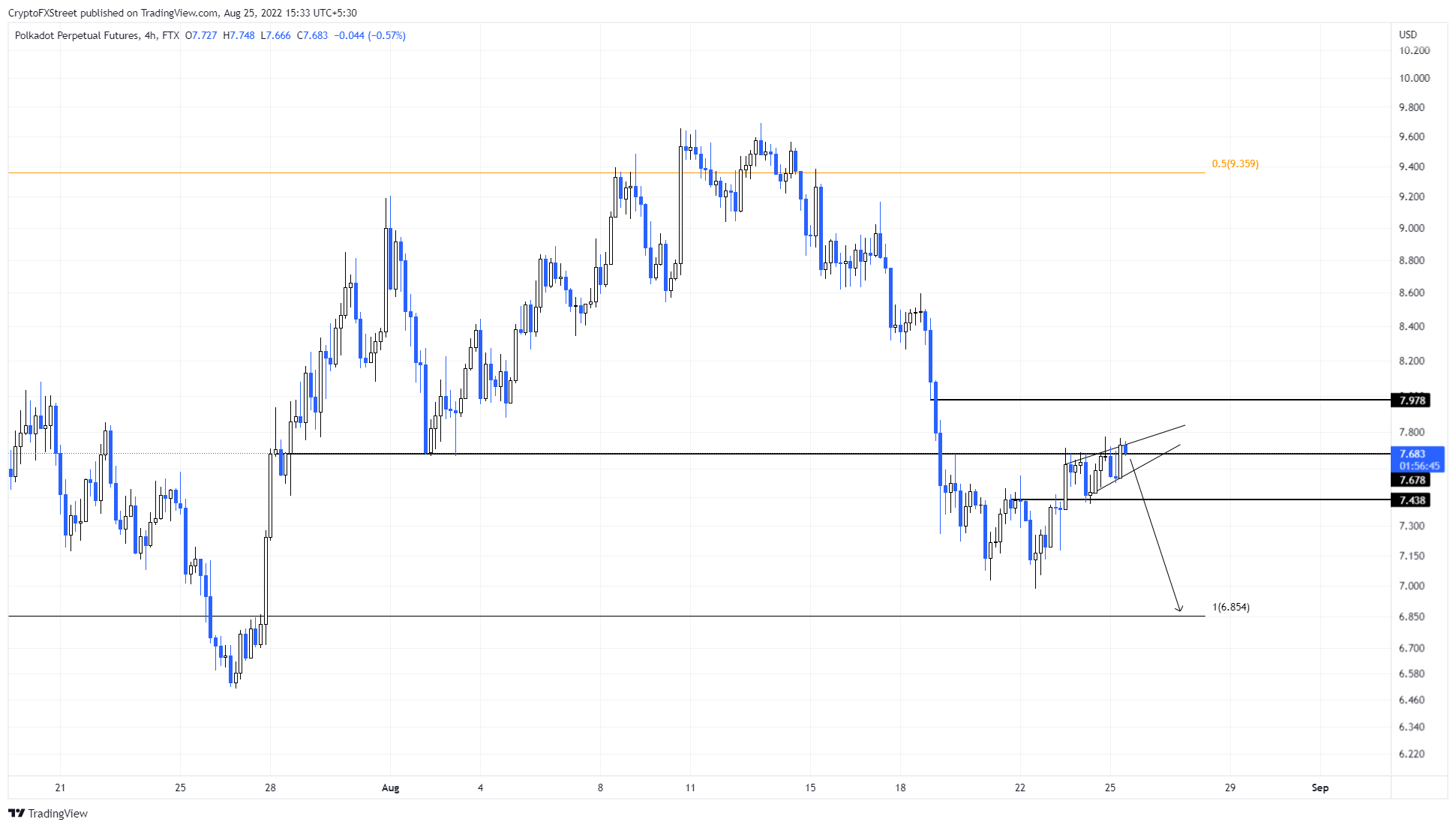 Regardless of the bearish outlook for DOT, if Bitcoin price triggers a run-up, it will push Polkadot price to do the same. The confirmation for this development will arrive after buyers sustain their move above $7.67. Under these conditions, Polkadot price could make a run for $8, indicating the continuation of the uptrend.

This video explains how Bitcoin price is likely to take a nosedive before triggering its recovery rally and could potentially affect Polkadot price in the process.