Shiba Inu plays ‘The Clash’: should bulls stay or should they go?

PM568 > Forex News > Shiba Inu plays ‘The Clash’: should bulls stay or should they go?

Shiba Inu (SHIB) price action is playing a famous song from the British band ‘The Clash,’ that most people probably know: “Should I stay or Should I go?” The question will probably be on the lips of SHIB bulls as well, as they are at the crossroads between a bull run that holds potentially 7.15% initially, while at least 16.70% of decay looms to the downside. For now bulls have the upper hand as several supportive elements are underpinning price action and preventing it from falling.

SHIB price at a crossroads

Shiba Inu price is trading around two big technical elements that could be crucial for the price action. First is the pivotal historical level at $0.00001209, which has shown its importance with several daily openings and closes near its level. The second element in play is the 55-day Simple Moving Average, which bulls are trying to claw above.

SHIB price thus looks a bit trapped. Overall, a breakout is likely that could fall in favour of bulls. One supportive element is that the Relative Strength Index (RSI) is slightly tilted to the downside. Once bulls can trade north of $0.00001400, expect a rally up to roughly $0.00001500. 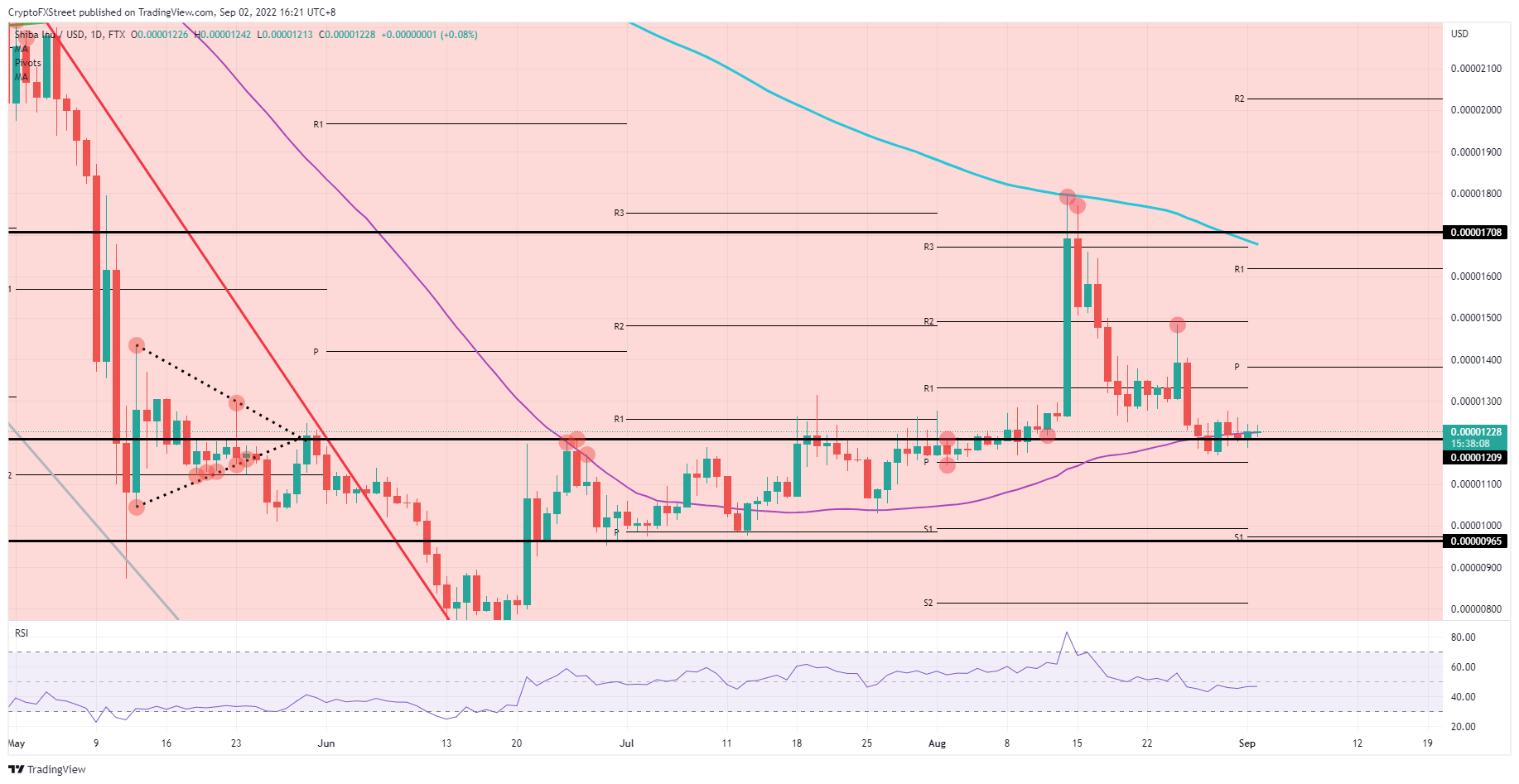 Shiba Inu price action could drop as much as 16.70% if a fade gets underway. Should price action stay trapped between the 55-day SMA and that pivotal level, expect to see bulls starting to feel the scene and trigger a selloff. Once price action breaks below $0.00001209 firmly, expect an accelerated move towards the$0.00001000 round number marker.