Shiba Inu price hints at a 150% upswing, an opportunity too good to pass up

Shiba Inu price has been hovering around a significant barrier for roughly three months with virtually no momentum to move above it. This development might be primed for a strong move but the directional bias remains unknown.

Shiba Inu price has been consolidating around the volume point of control (POC) at $0.0000118 for roughly three months. This barrier is the highest traded level since April 12, 2022, and hence will act as a support or resistance level relative to where the price is trading.

These gaps are often filled as the massive rally returns to the mean. For SHIB, this has not happened yet and, therefore, presents a bullish opportunity for investors. Investors can wait for Shiba Inu price to fill the FVG and open a swing long position here. 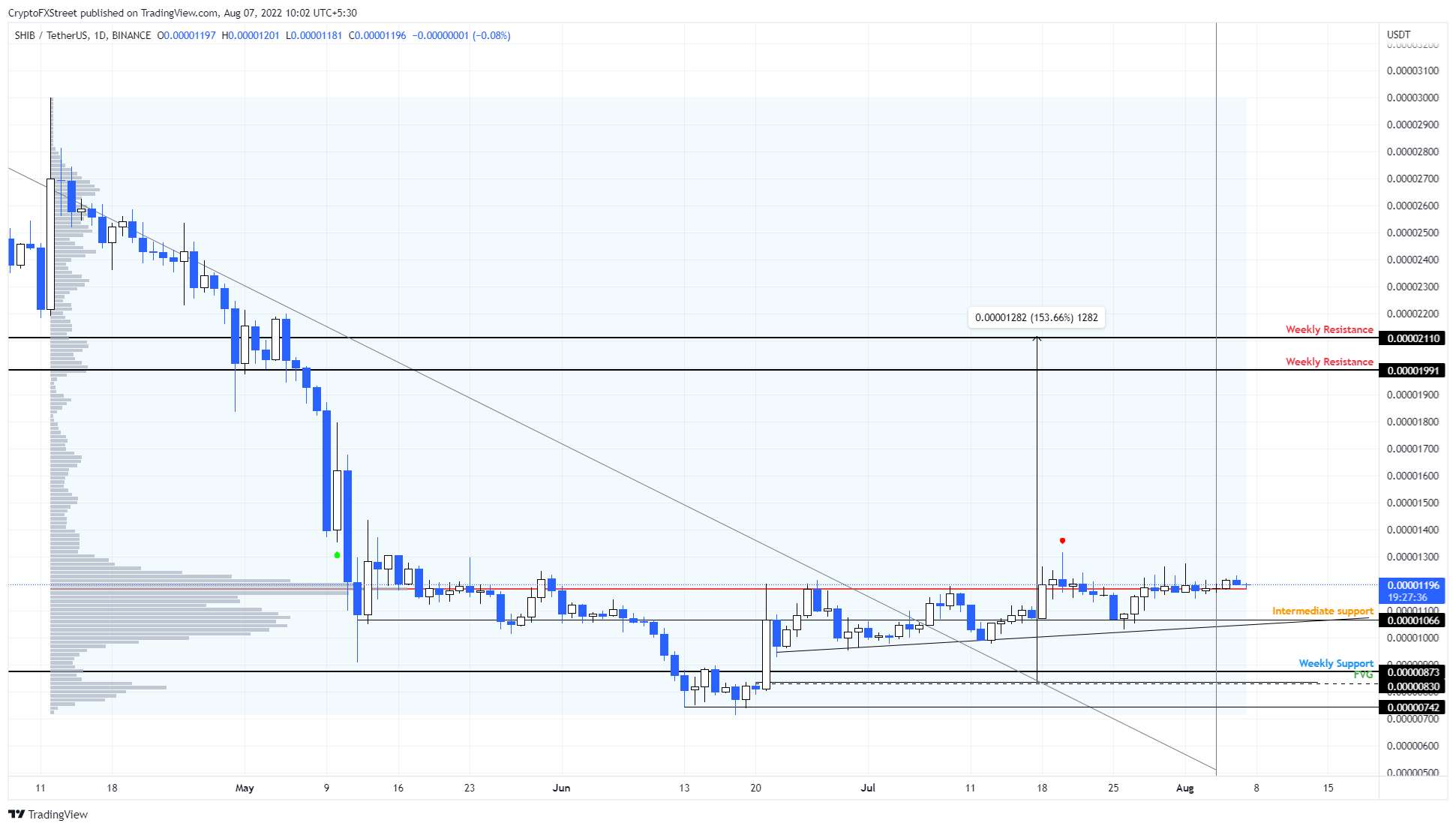 While things are looking up for Shiba Inu price, a premature rally above the POC will suggest that this move is temporary and could reverse. However, if SHIB produces a daily candlestick close below $0.0000074, it will create a lower low and present the risk of a further crash.