Shiba Inu price mulls over the next 50% rally

Shiba Inu price seems to be back at square one after undoing its recent yet explosive rally. This development comes as Bitcoin price also tumbled down from $25,000. However, the meme coin is likely to provide another opportunity before triggering an aggressive rally.

Shiba Inu price inflated by nearly 35% in a single daily candlestick on August 14 and set up a swing high at $0.0000180. While this impressive rally was seen in Dogecoin price afterwards, SHIB seems to have lost its momentum, leading to a reversal.

Roughly four days later, the gins witnessed were completely undone due to an increase in selling pressure from investors booking profits.

The ongoing SHIB retracement is likely to move a little lower and retest the point of control (POC) at $0.0000118, which serves as a support floor. Since this point is the highest traded volume level, it will likely induce Shiba Inu buyers to step up and absorb the incoming selling pressure.

Such a development could see SHIB trigger a minor rally, which market participants can capitalize on. The resulting uptrend could push Shiba Inu price to either create a double top at $0.0000180 or push through it and set up a swing high at $0.0000200. This move could constitute a 50% upswing. 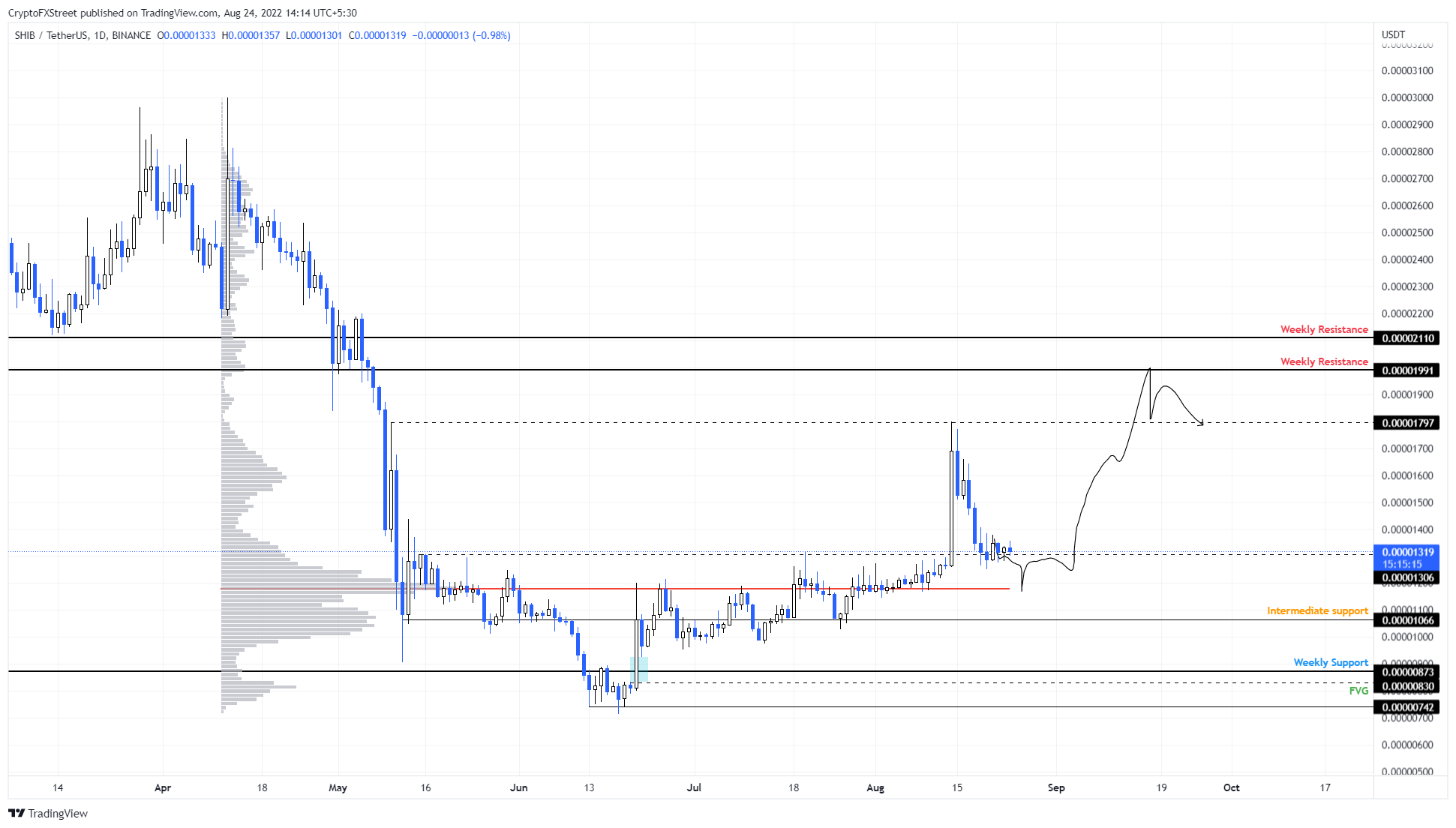 On the other hand, if Shiba Inu price fails to stay above the POC at $0.0000118, it will denote a surging seller activity. In such a case, a daily candlestick close below the aforementioned level will invalidate the SHIB recovery outlook and potentially trigger a 10% drop to retest the $0.0000106 foothold.