This best-case scenario for Litecoin price forecasts a 20% drop

Litecoin price action over the last few weeks paints a bearish picture, as discussed in our previous article. Since then, LTC has triggered a breakout and is likely to continue heading lower.

Litecoin price created a bear flag setup, which is a bearish continuation pattern. This technical formation contains a massive sell-off that looks like a flagpole and is often followed by a tight consolidation that resembles a flag.

In the case of Litecoin the setup forecasts a 64% downswing in LTC price to $19.74, determined by adding the height of the flagpole to the breakout point at $55.03.

Since Litecoin price broke out of the flag on September 16, it has dropped nearly 7% and is currently hovering at $52. Going forward, investors need to pay close attention to market influencer Bitcoin’s price for clues as to what might happen to LTC, which is also looking ready for a quick correction.

Although the bear flag forecasts a 64% crash, a nosedive of this extent is unlikely to happen without Bitcoin falling equally hard. Hence, as things stand, investors should prepare for a more moderate 20% crash to $41.66 instead. 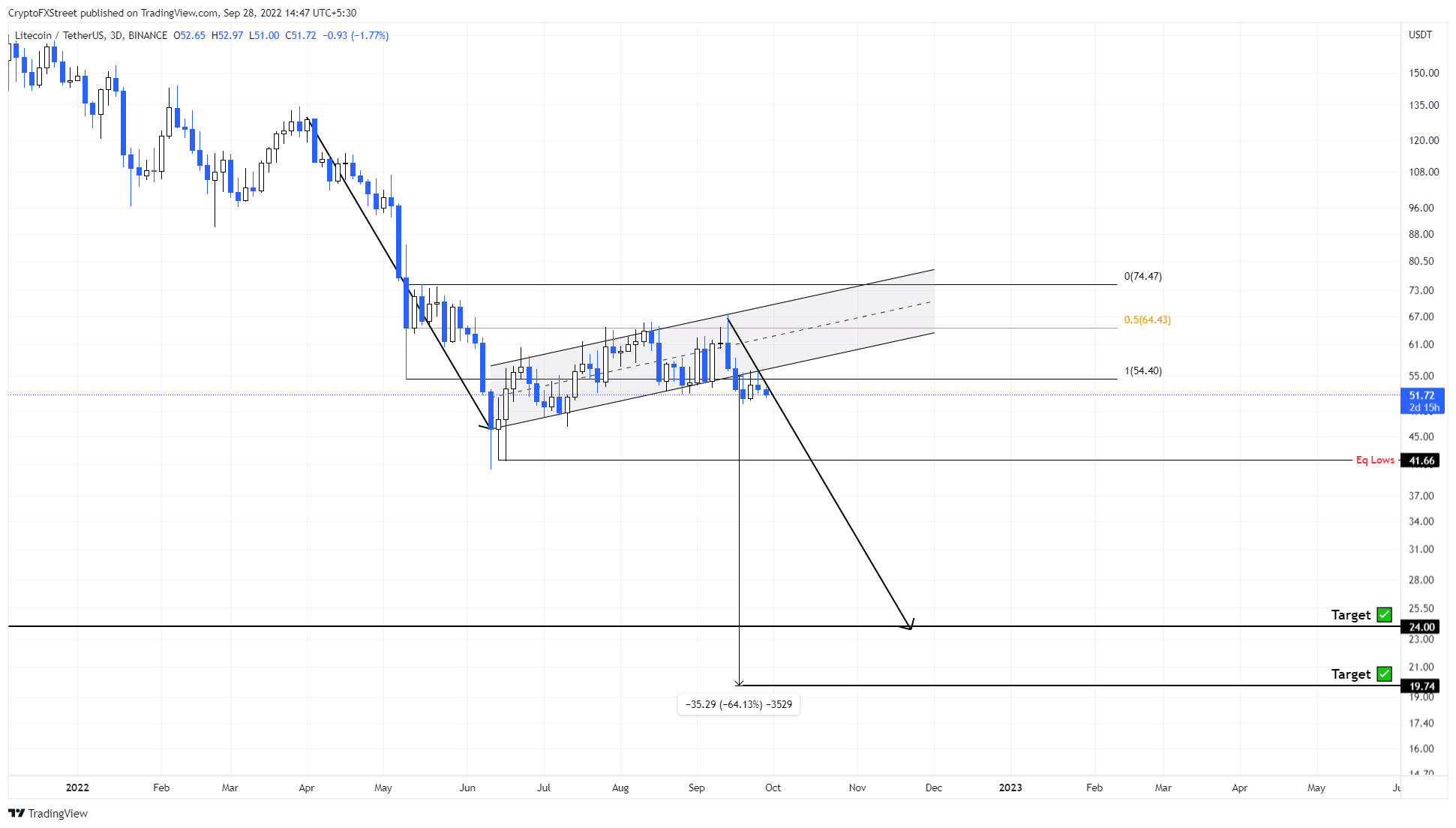 While things are looking bearish for Litecoin price, this could change if Bitcoin price triggers a premature run-up. In such a case, if LTC produces a daily candlestick close above $64.43, it will invalidate the bearish thesis.

This development from Litecoin price could see it climb higher and a retest of the range high at $74.47.

The video attached below talks about Bitcoin price and its potential outlook, however, this is still relevant as it is likely to influence Litecoin price.