Shiba Inu price shows a lack of volatility –a characteristic of many meme coins. These dog-coins have a phase of near-zero volatility and compression of price range followed by an explosive move. SHIB sits in the former phase, waiting for the volatility to kick in.

Shiba Inu price and its phases

Shiba Inu price saw a volatile episode on August 14, ironically marking the local top for many altcoins. On this day, SHIB gained 25% then undid its gains over the next week and is currently retesting the $0.0000118 support floor.

This price action is an example of the volatile and dry phase cycle that SHIB and many meme coins go through. The last notable explosive phase was observed in October 2021, when Shiba Inu price rallied 1,136% in under a month.

This massive explosive move was seen after four months of consolidation and was followed by an undoing of the gains over the next seven to eight months.

To sum it up, there are three phases that SHIB undergoes regardless of the time frame 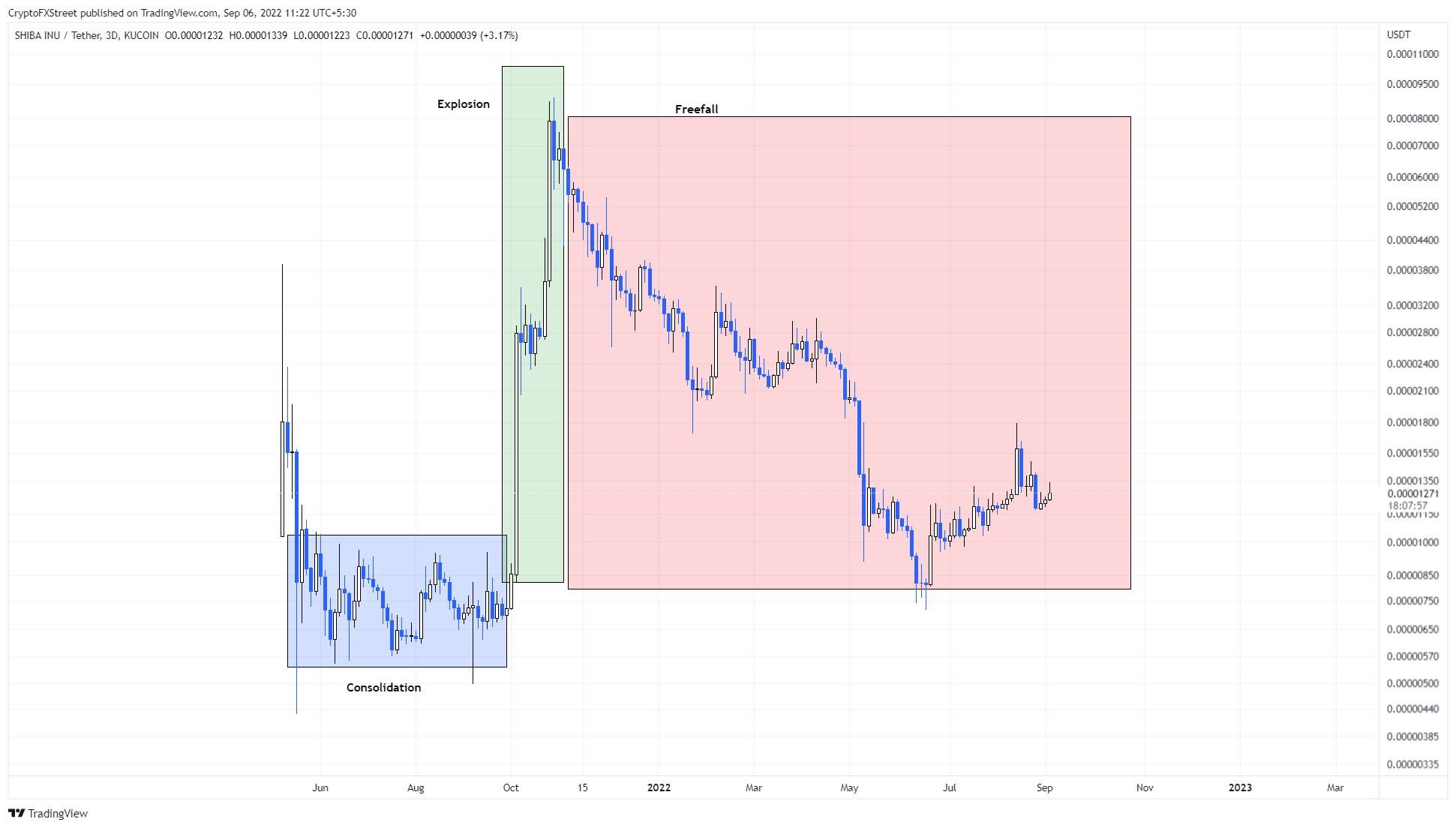 As can be seen from the chart above where the three different phases are color-coded, the altcoin is currently in the third, pink, ‘freefall’ phase.

Where next for SHIB right now?

The downtrend will continue, pushing Shiba Inu price lower to retest the weekly support floor at $0.0000087. However, the most apt place for SHIB to find a stable footing for a potential reversal is the Point of Control (POC) at $0.0000081.

This level marks the point of the highest traded volume for SHIB since May 10, 2021, and is thus likely to provide substantial support and resistance.

Hence, investors can probably expect a resurgence of buying pressure to step in at this level, triggering a reversal. In order for a full-blown recovery rally to occur, however, market conditions have to be in favor of bulls, ie., Bitcoin price has to flip bullish as well.

Combining all the observations from above, investors can expect another leg down, followed by a tight and boring consolidation, then finally for SHIB to trigger an explosive rally to the most obvious next level – $0.0000179, which contains buy-stops resting above it.

This move would constitute a 120% ascent from the POC at $0.0000081 and is the most likely place where most market participants will look to book profits. 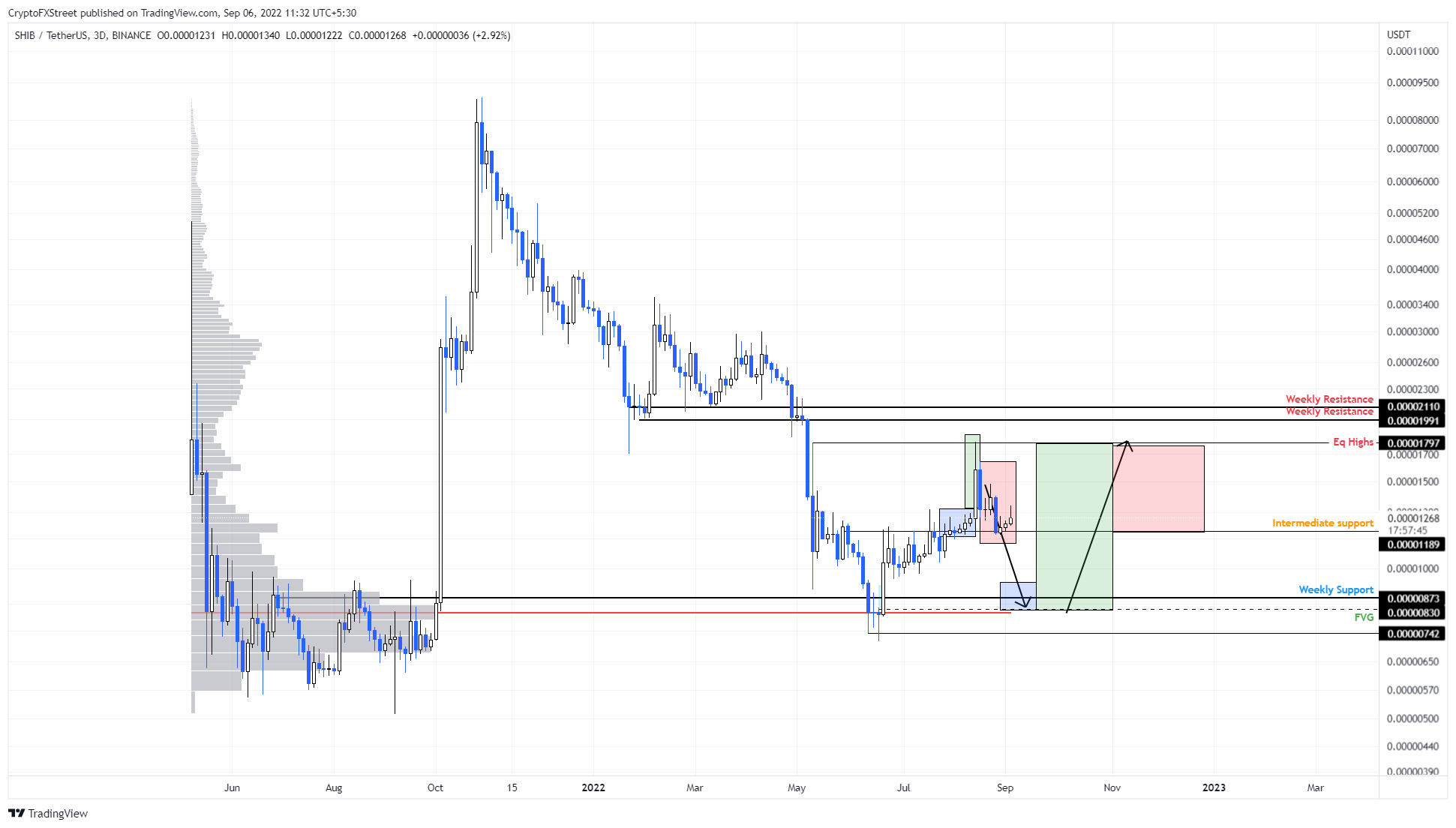 Shiba Inu price could even prematurely trigger a run-up before correcting back and retesting the POC at $0.0000081. However, if SHIB breaks below this level and fails to recover, it would indicate that the sellers are in control and this would invalidate the bullish thesis outlined above.

In such a case, Shiba Inu price could crash to $0.0000070, where it will try to find support and respite from sellers.