Ripple and the Securities and Exchange Commission (SEC) are getting closer to the end of their almost 2-year long lawsuit. On the back of that news, the cryptocurrency’s price has risen significantly, making it one of the best performers in the last few weeks but also opening doors to an equally significant price fall.

Up until mid-September, XRP was stuck within a sideways momentum that kept it below $0.38 for almost four straight months. However, since then, XRP’s price has been observing a consistent rise which also helped XRP breach its 18-month-long downtrend.

Despite multiple attempts, the downtrend line could not be flipped into support, but the 59% rally noted over the last three weeks sustained XRP’s presence above it.

The persisting bullishness goes back to the very lawsuit which was once the cause of XRP’s decline. As the lawsuit nears the summary judgment, scheduled for December this year, investors are getting optimistic about its win.

Now while this bullishness might last for a long while, the extremely volatile market might pose a threat to XRP’s price.

Price swings on the way?

As visible on the chart, XRP’s recent price rise also triggered the volatility of its market, bringing it to a 4-month high. 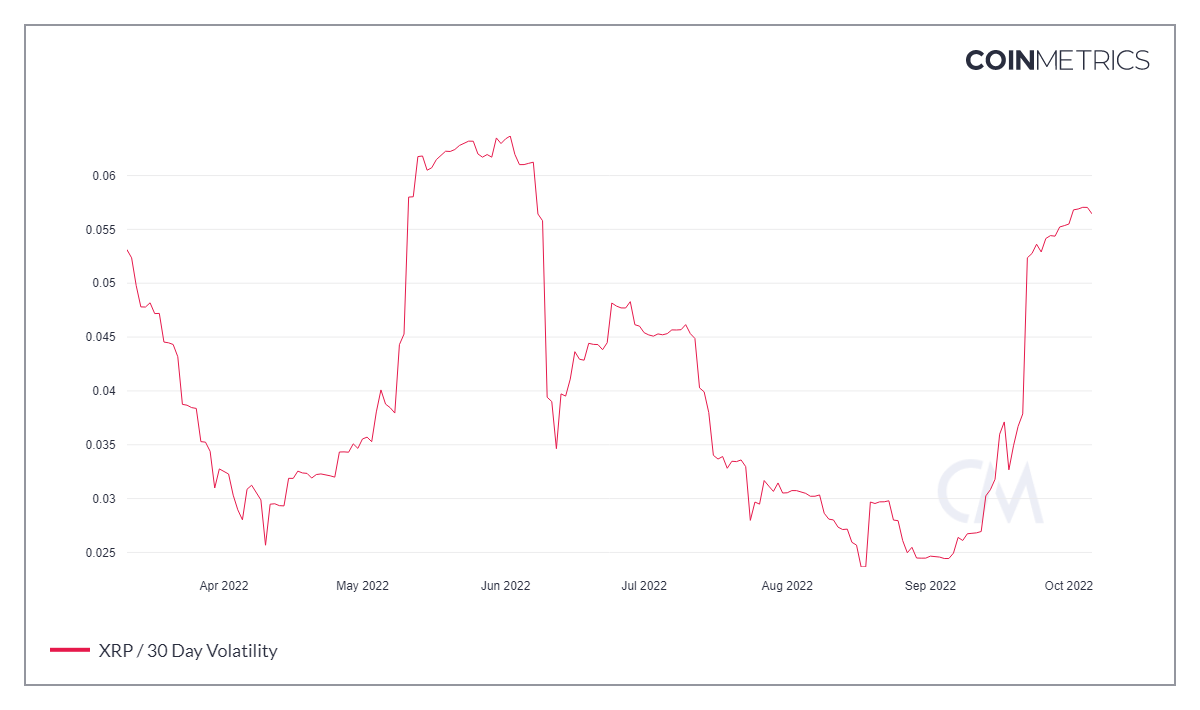 While the presence of the Average Directional Index (ADX) above 25.0 indicates that the uptrend has strength, the only major support XRP has is of the 200-day SMA. (ref. XRP price chart)

Since the other two SMAs lie way below the $0.38 support, a price swing could potentially cause a downfall toward this support. However, if investors’ support persists, this could be avoided, provided buying pressure is maintained.