Bitcoin capitulates for the sixth time in 12 years as its price hits $18,700

No matter how often you hear it, the fact that Bitcoin, which once used to be worth around $67,655, has been struggling to breach the $25,000 mark for three months will always be surprising. But after the events of June, the ensuing fluctuations and recent dips have dragged the king coin down to its former lows.

Since its all-time high of $67,655 in November, Bitcoin has been on a continuous downtrend which is about to complete a year in 2 months, but the downtrend has not come to an end. In fact, whatever recovery was observed over the last three months was wiped away two weeks ago.

The dip from August brought BTC down to $18,780 yesterday, and with it came the losses that resulted in Bitcoin capitulating again. The net unrealized profit/loss has only reached this stage five other times since Bitcoin’s inception, including once just three months ago.

This is also the closest instance of consecutive capitulations in Bitcoin’s history. 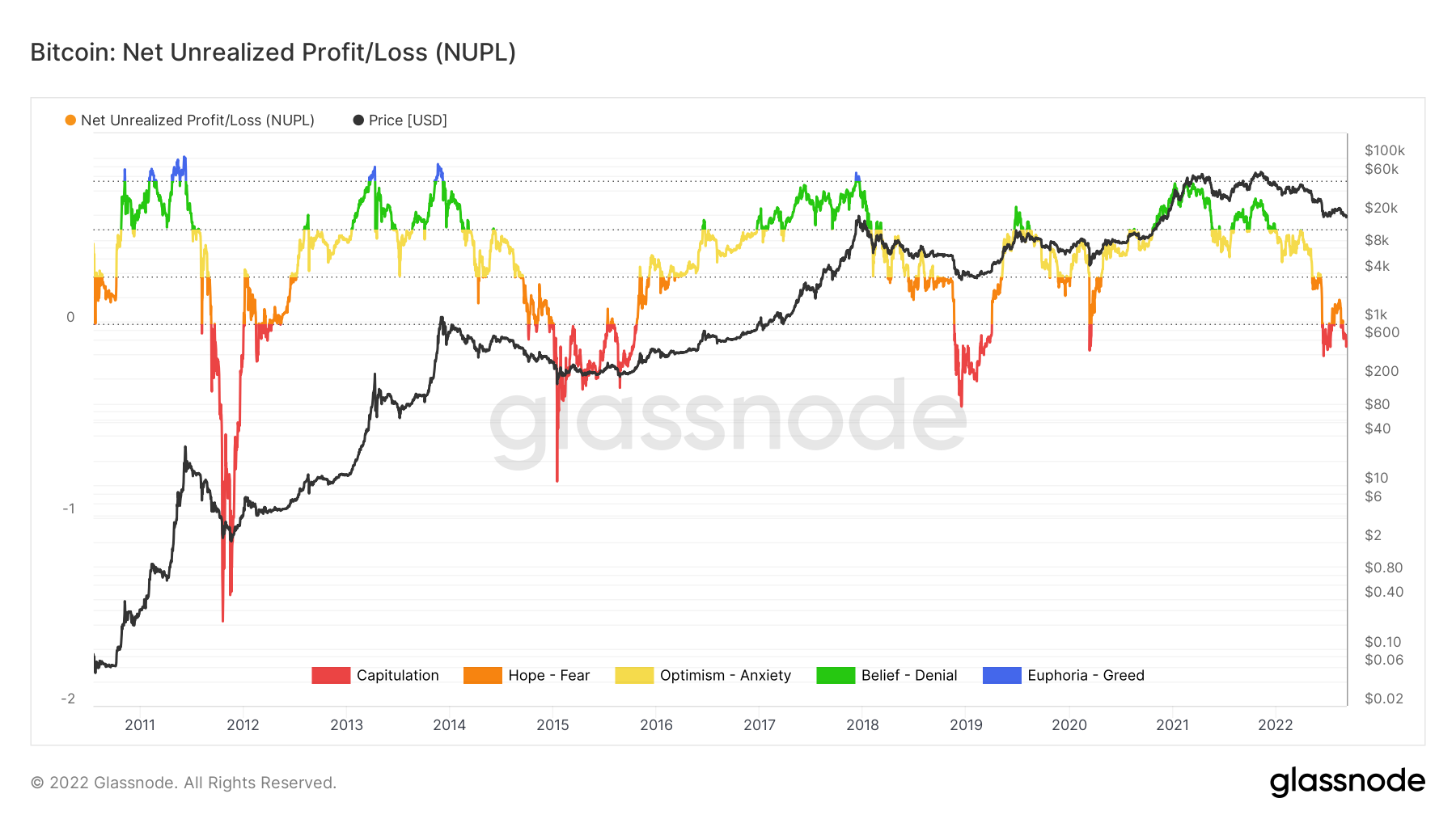 But as BTC hit these lows, it also opened up the opportunity for a trend reversal since the cryptocurrency is very close to the market bottom. The presence of the indicator of the total percentage of supply in profit in the green zone shows evidence of the same. 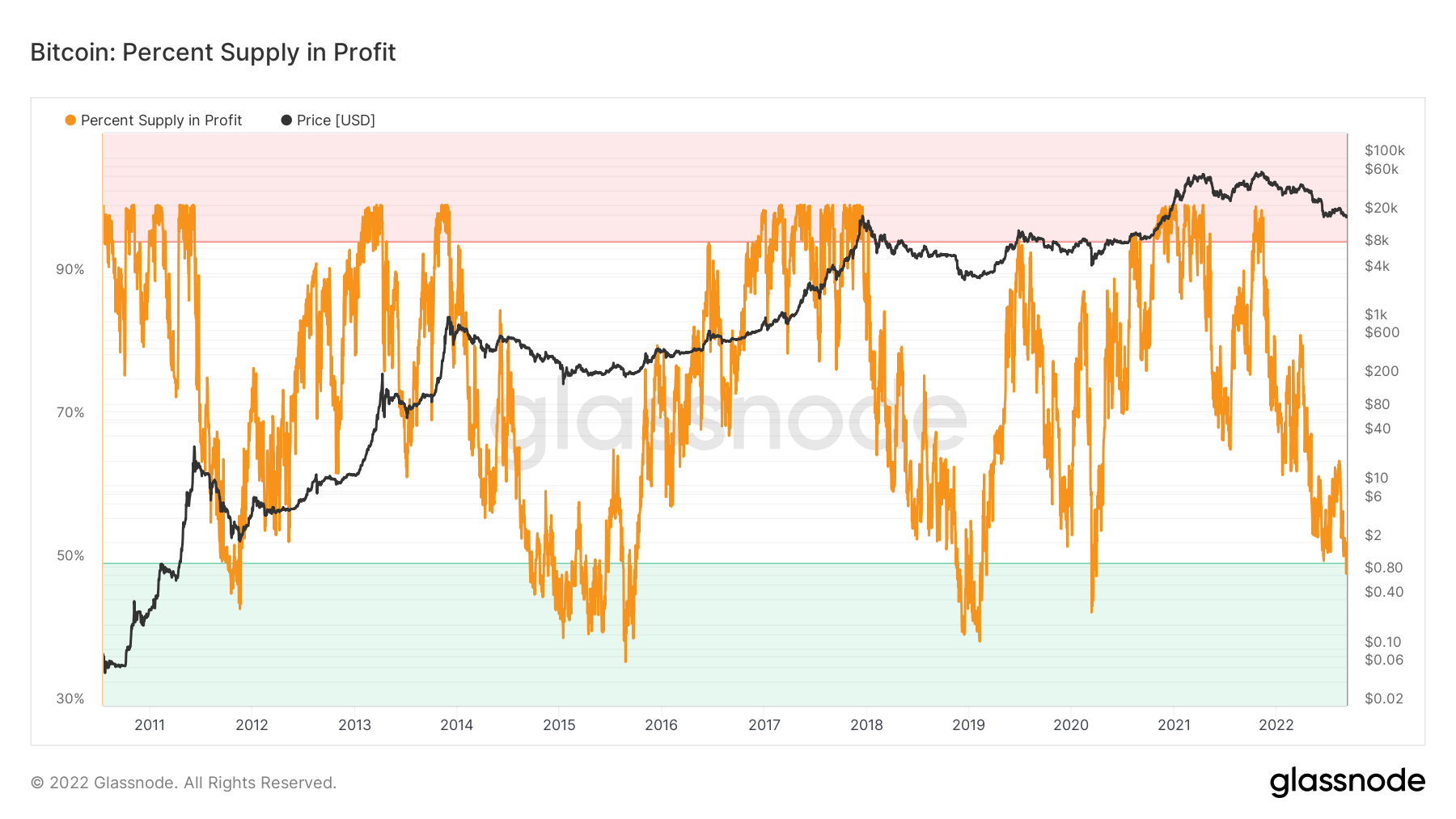 Should that happen, Bitcoin is looking at a good rise, provided the broader market sentiment support it.

The present scenario is such that BTC is stuck under two critical resistances, and flipping both of them into support is very crucial. The first of these is the line at $22,840, which is the immediate resistance for Bitcoin, and the next critical resistance is at $25,272.

The range between the latter mark and $29,082 is a support block (orange) which historically has been strong support for BTC.

Should BTC decline further, it will bounce off $17,504 and head on to flip the first resistance into support. From there, a jump through $25,272 will set BTC up for testing $29,082 as support, which will be the first sign of recovery for BTC.