Cardano price has arrived at an inflection point that has triggered not one but three reversals over the last two months. The recent retest does provide a similar opportunity for investors but with a higher risk.

This technical formation forecasts a 10% upswing to $0.476, obtained by measuring the distance between the first swing high and swing low to the breakout point at $0.430 and extrapolating it higher. Investors should prepare for an extension of this rally, especially if the market conditions improve.

In such a case, the Cardano price could propel higher and rebalance the inefficiency formed at $0.531 where ADA once crashed 8% in a twelve-hour period. This whole breakout move would constitute a 25% upswing from the current position. 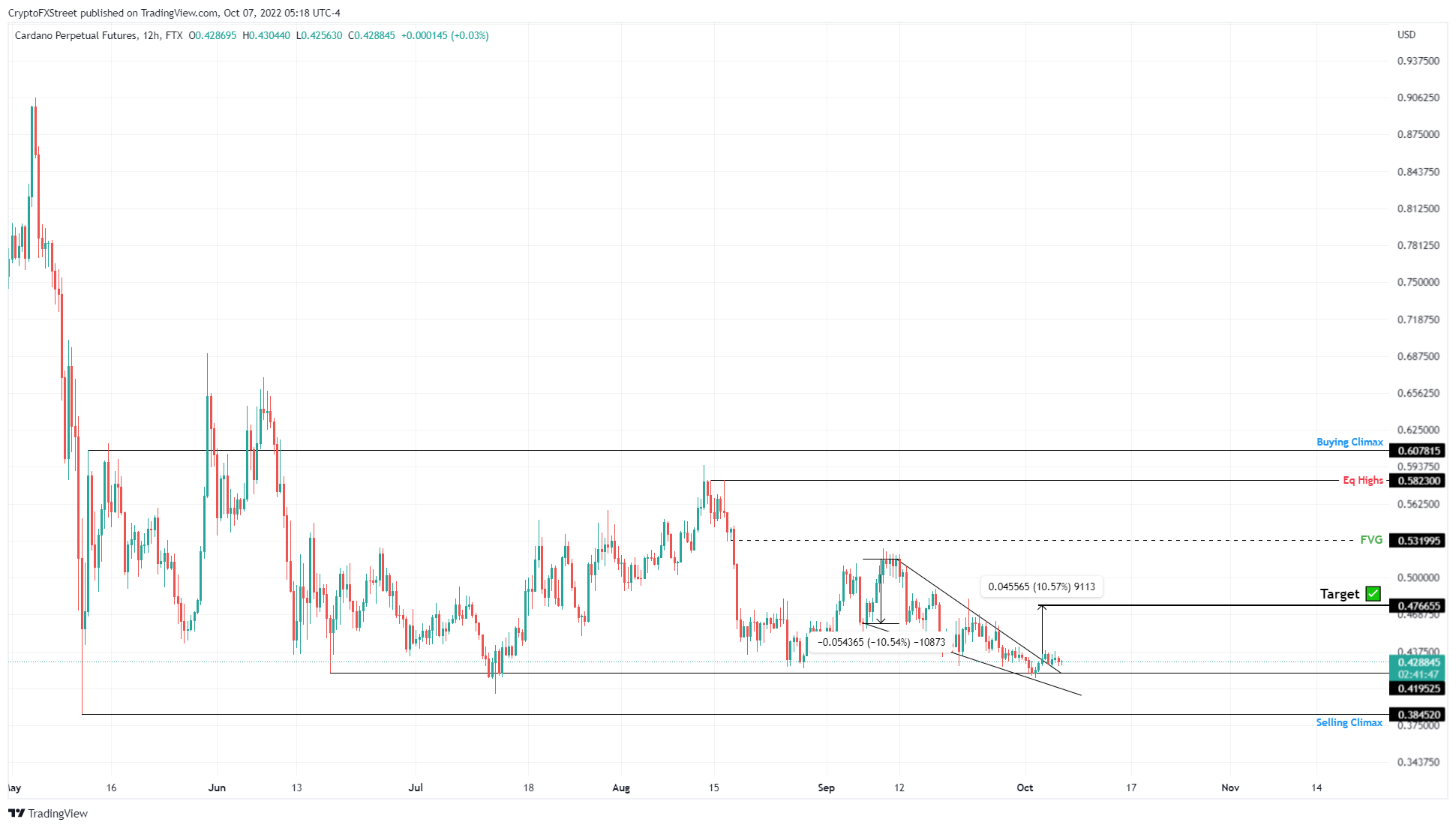 On the other hand, if Bitcoin price continues to nosedive, Cardano price will follow suit. In such a case, if ADA produces a daily candlestick close below the $0.419 level, touched on multiple occasions before, it will invalidate the bullish thesis.

Such a development could see Cardano price revisit the immediate support level at $0.384.