Although many cryptocurrencies have lost significantly this year, Cardano will always be amongst the topmost assets as its troubles still have not ended. Even the arrival of its most important upgrade, the Vasil hard fork, has not triggered any rise or recovery for the asset, which was come to be known as the third-generation cryptocurrency.

One of the most important parts of Cardano’s ecosystem is its community, and over the last couple of months, most of the users have begun pulling their punches. The overall presence of ADA holders noted across the network has reduced to just 62k on a daily basis which once used to be as high as 158k on average. The series of crashes since January resulted in this decline. 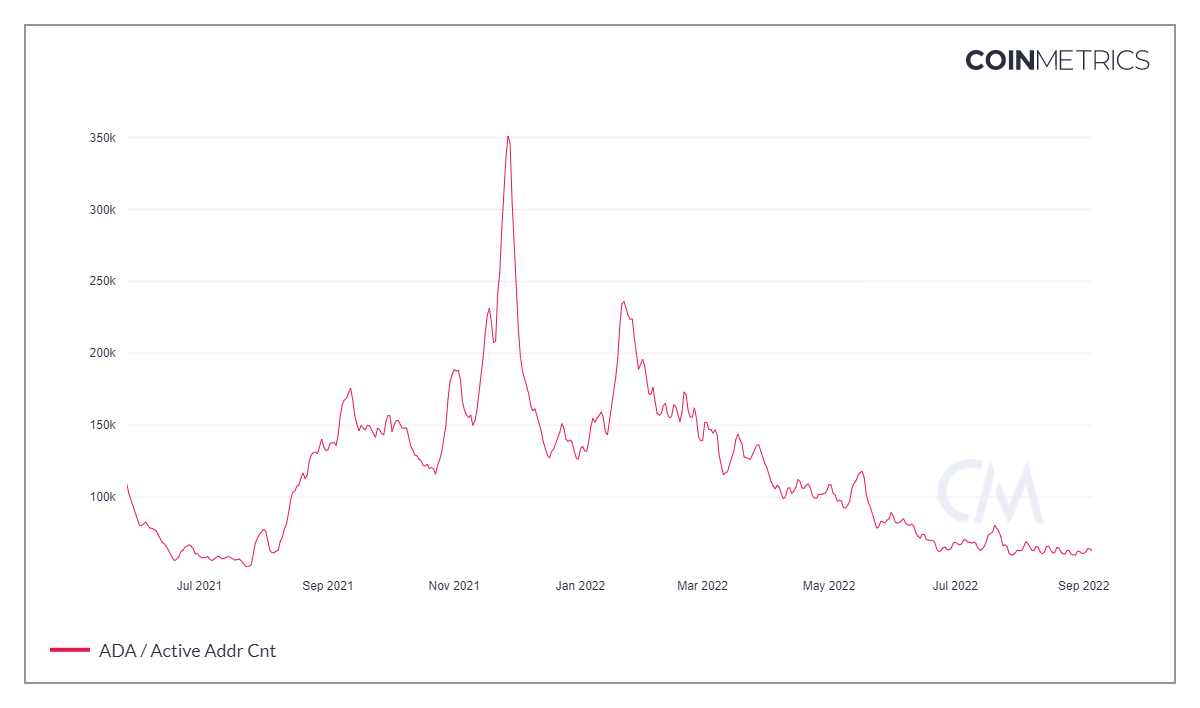 Consequently, as investors began disappearing, the overall transactions on the network reduced significantly as well. At this moment, total transactions every day have come down to 63k, making the active investor-to-transaction ratio near 1:1.

The reason why this is important is that an asset is fuelled by the bullishness of its investors, and given Cardano’s present condition, it needs as much support as it can garner. As it is, the lack of recovery on the charts has resulted in the cryptocurrency losing its position to XRP, which surpassed ADA in terms of market capitalization over the last 24 hours. This will make the former a more favorable asset for the investors, which could further cause a drawdown for ADA.

This is where Cardano could be headed

Ahead of the Vasil hard fork, which is scheduled for September 22, there are a lot of possibilities about where ADA could be headed. However, the most crucial move for the altcoin at the moment is to gain strong support in order to sustain the unprecedented sentiments that would come with Vasil.

This strong support resides above $0.600 since it not only brings ADA closer to the support range but also flips the 23.6% Fibonacci level into support. If ADA can manage to keep above the $0.409 support line over the next two weeks and bounce off the $0.520 mark, it might be able to make it to the support range between $0.595 and $0.747.