Dogecoin (DOGE) price action is at risk of tanking 12% and, in the process erasing its weekly gains. A big catalyst that could trigger the retreat is the US Non Farm Payrolls (NFPs) report that is due to come out later this afternoon. Although there is no real correlation, the ADP numbers from Wednesday were a big beat, raising the possibility the NFP could follow in its footsteps and see the Fed ramp up its rate hikes even more, with more dollar strength and thus more headwinds for cryptocurrencies to come.

Dogecoin price has had a very strong beginning to the week, with Monday and Tuesday printing over 12% gains in just two trading days. Even the 55-day Simple Moving Average was broken with a daily close above it. Unfortunately, on Wednesday, the tide turned as ADP numbers again showed a stronger job number and pushed price action back below the 55-day SMA with bears and bulls fighting it out to close above or below it in their favour.

DOGE is continuing its downside move and has already erased half of the 12% gains for the week. The risk is that should the US job numbers be strong again and possibly beat expectations, the Fed will be forced to hike more, for longer and bigger, in the coming months or even for the whole of 2023. That would mean a much stronger dollar than markets have seen thus far. This could weigh on DOGE price action and see it rebalancing at $0.0550 and lower. In the worst case scenario this could even lead to a drop towards $0.0484, if a massively strong job report were to come out. 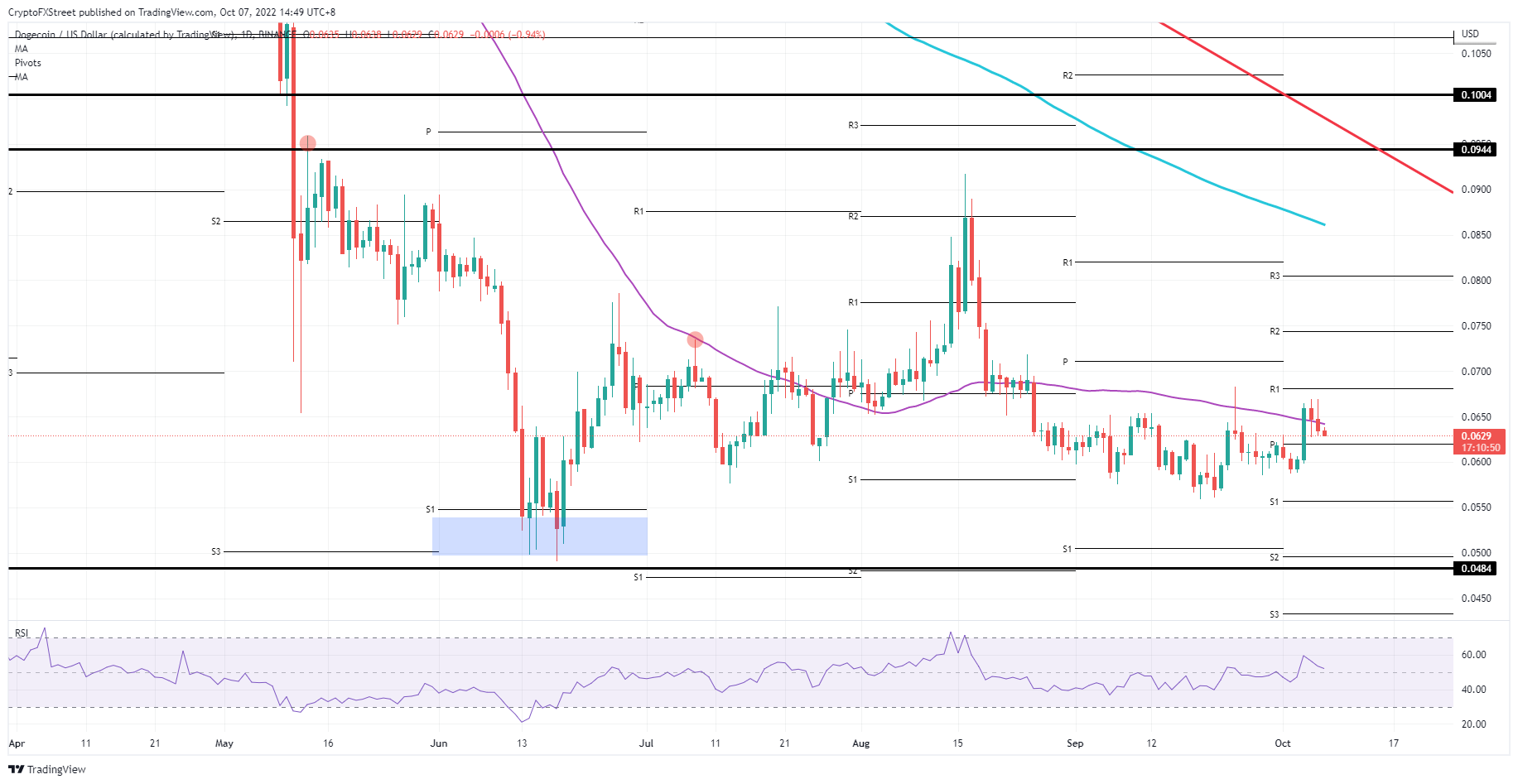 Alternatively, another way of looking at it is that, as some gains are still on the table, this small step back could be a good handle to re-enter long positions for gains towards $0.0850 in the medium-term. Should the US job numbers drop significantly, the Fed could start to take its foot off the gas pedal and be less hawkish. Cryptocurrencies would then get a boost if the dollar were to fade that could see DOGE price trading at $0.0700 by the end of Friday, setting itself up to jump to $0.0750 by next week.