NZD/USD Price Analysis: Bulls step in and eye the 0.6000s

NZD/USD bulls have shown up in the final session of the week in Tokyo as the bird grounded in the mid-way point of the 0.59 area. The move was telegraphed in the following analysis and the prospects are for a correction of the bearing impulse into the 38.2% Fibonacci of the bearish impulse as follows:

The W-formation's support was cited as a key feature, but this gave way as the US dollar continue its reign for a little while longer before the bulls threw in the towel:

However, the bulls committed and headed into the structure and resistance near the 38.2% Fibonacci level ahead of a 50% retracement thereafter. 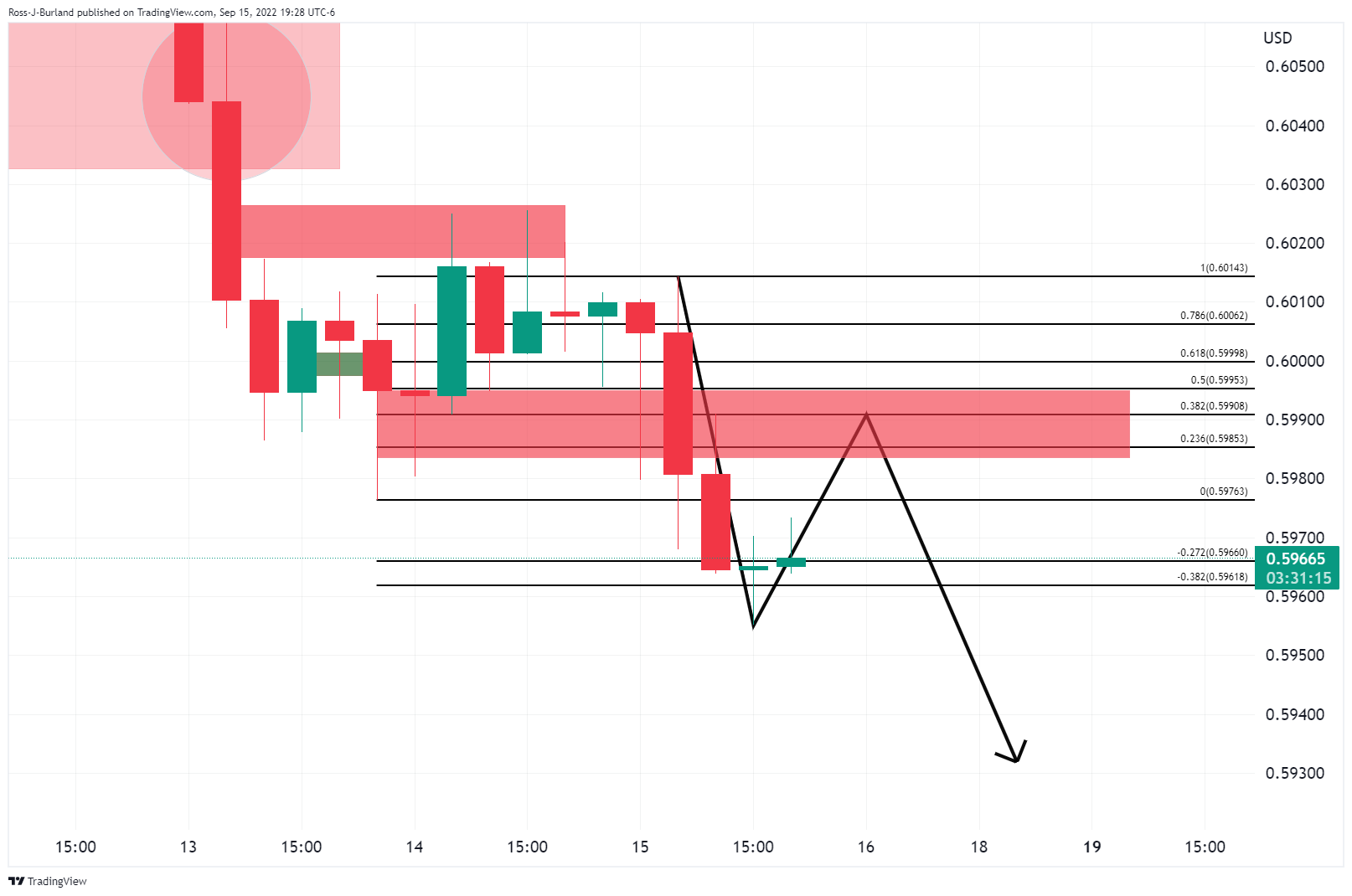 The price is now showing signs of a bullish correction for the session ahead with 0.6000 on the radar.