The crypto market shows concerning signals under the hood while retail traders place their wagers on the next directional move. Based on on-chain analysis, an additional plummet is highly probable. For this reason, being an early bull is ill-advised.

Bitcoin price currently auctions at $21,561 as a sideways range follows the 16% sell-off that occurred on Friday, August 19. The Volume Profile index remains sparse, signaling that high-cap players lack confidence. It is likely the current trading range is retail traders looking to latch on to the next directional move.

Bitcoin price hovers above the 50% Fibonacci levelsurrounding the entirety of the bullrun accomplished this summer. Traders seeing this have a justified reason to want to participate in an early buy, but based on the lack of volume and lackluster price action, being an early bull is ill-advised.

Traders from last week’s bearish trade setup are still profitable, and the first target at $18,900 has yet to be breached. Moving the risk into profit would be highly risky as a fractal wave of Bitcoin’s prior performance could result in a liquidity hunt tagging as high as the $23,000 price level. Invalidation of the bearish trend remains at $27,000. 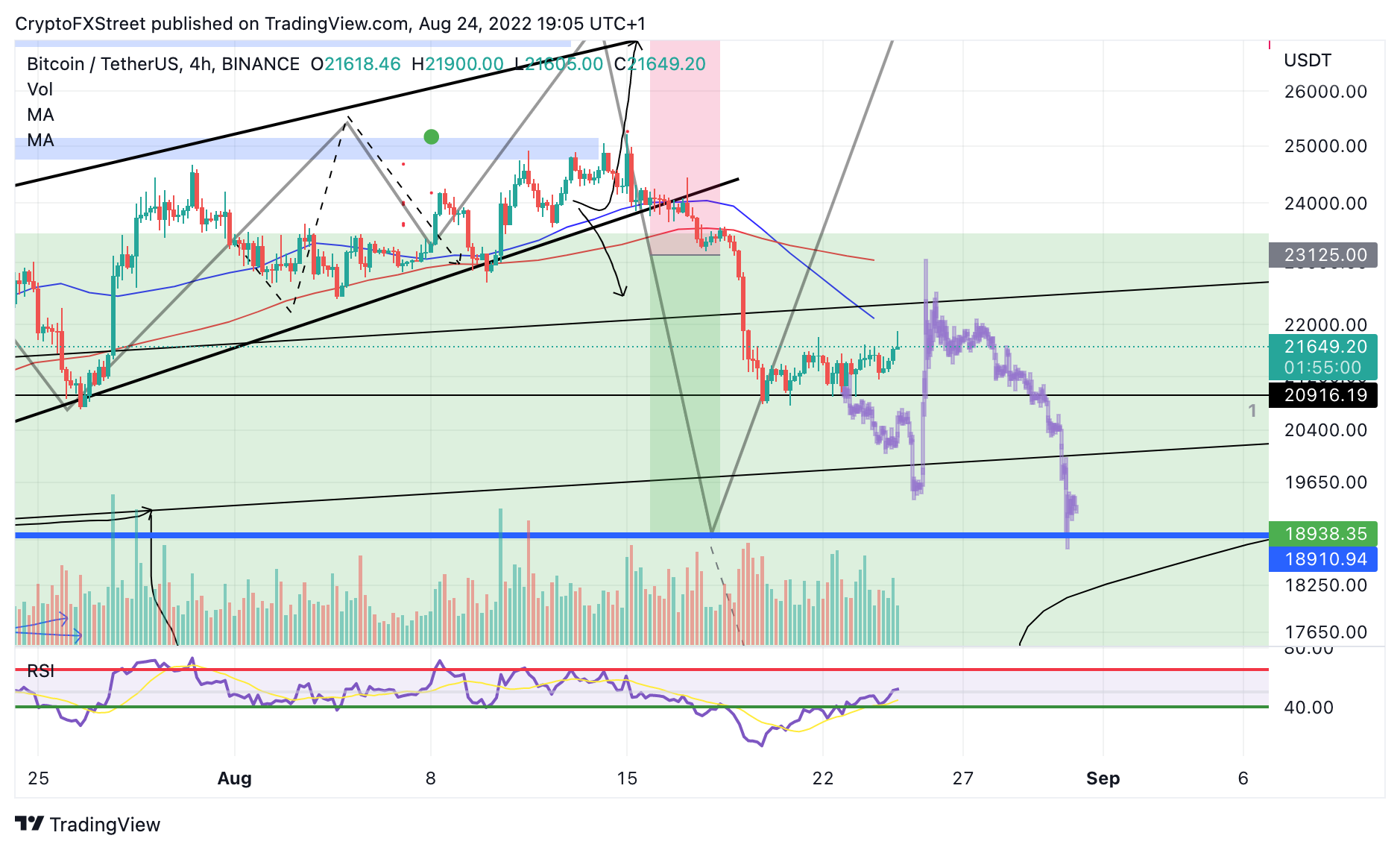 In the following video, our analysts deep-dive into Bitcoin's price action, analyzing key levels of interest in the market – FXStreet Team